“Late fall and early winter is when drivers are most likely to have a deer-related crash, and dawn and dusk are peak times for deer activity,” said Humphreys. “Auto collisions involving deer or other wildlife are considered a not-at-fault accident under Pennsylvania law, meaning insurers cannot raise your premiums or add a surcharge to your premium following a deer-related crash, but this exclusion does not apply if your car does not come in contact with the animal. Any damage to your vehicle from a deer-related accident will fall under a policy’s comprehensive coverage.”

Pennsylvanians, according to State Farm, have a 1-in-57 chance of being involved in an animal-related crash, the sixth highest in the nation. PennDOT reported more than 5,700 deer-related crashes in 2021, up from almost 5,600 in 2020. The 2021 crashes resulted in 1,255 injuries and 13 fatalities.

“Drivers can help reduce the possibility of a deer-related crash by slowing down and using caution, particularly in areas where deer crossing signs are posted,” said Gramian. “It’s also important to educate young or inexperienced drivers on increased deer movement. Most importantly, your best defense in a crash is your seat belt. Always buckle up, every trip, every time.”

Drivers should be aware of the following tips from the American Automobile Association (AAA) to help prevent a crash or to reduce the damage from a collision:

“First and foremost, slow down. When you travel at a high speed, you reduce the time you have to identify the situation and respond to avoid the animal on the roadway,” said Evanchick. “If you are one of the many drivers who hit a deer, don’t panic. Immediately pull over to a safe area and assess the situation. If there are any injuries, your vehicle needs to be towed, or the roadway is blocked; contact 911 immediately.”

Drivers involved in any crash with another vehicle are required to exchange license and insurance information with involved parties and render aid when necessary.

To report a dead deer for removal from state-maintained roads, call the Pennsylvania Department of Transportation at 1-800-FIX-ROAD.

Consumers with questions about auto insurance may contact the Insurance Department Consumer Services Bureau by calling 1-877-881-6388 or at www.insurance.pa.gov. 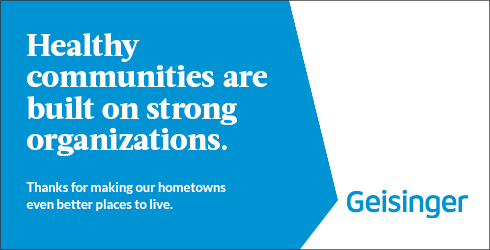