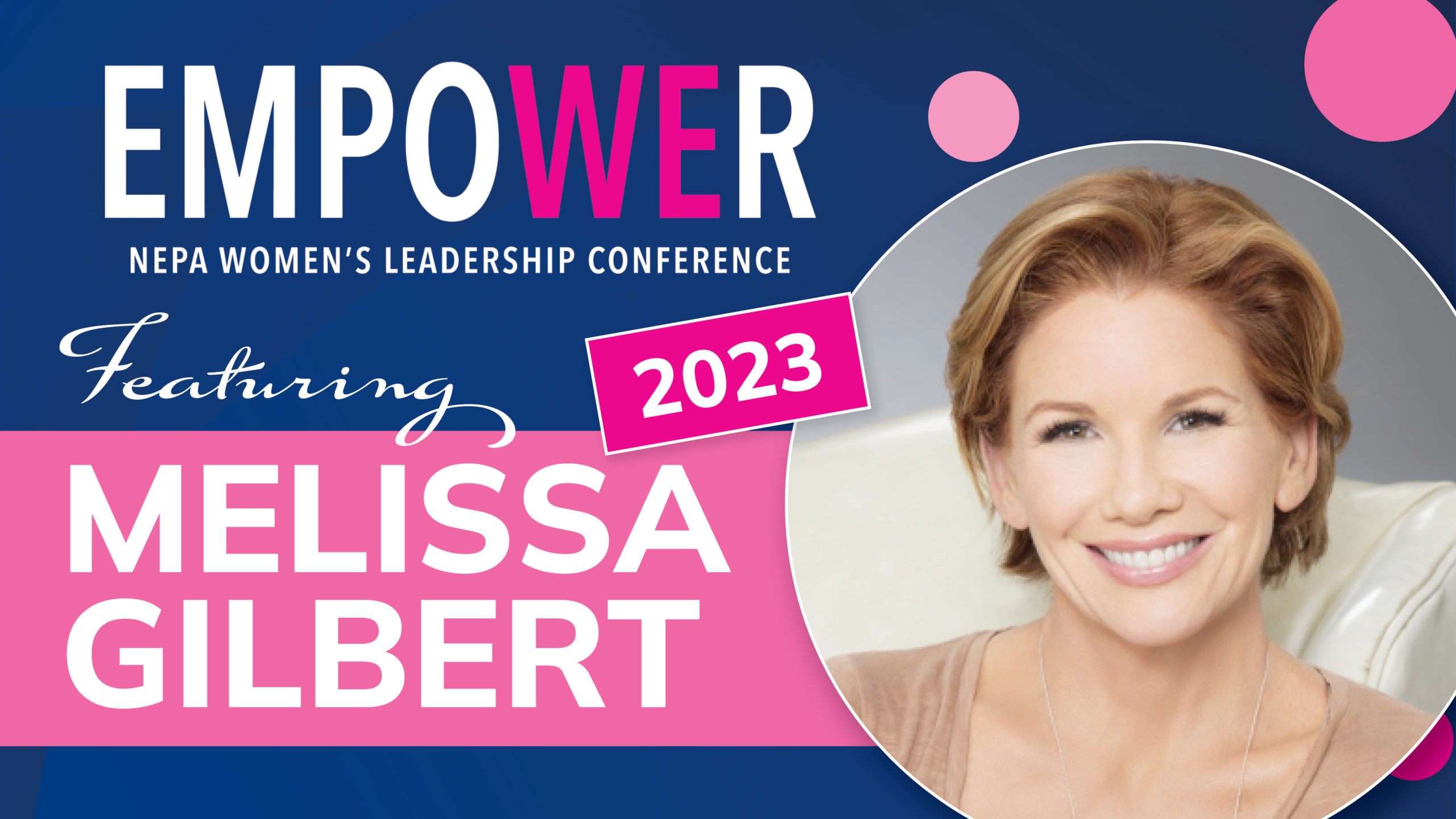 The 2023 EMPOWER NEPA Women’s Leadership Conference will be held on Thursday, April 13 from 8 a.m. to 5:30 p.m.at Kalahari Resorts and Conventions.

Melissa made her stage debut in 1979 as Helen Keller in “The Miracle Worker”. A member of the legendary Actor’s Studio, Melissa’s other professional theater credits include Laura in Glass Menagerie, Elma Duckworth in Bus Stop, Melissa Gardner in Love Letters, and Rose White, a role she created, in “A Shayna Maidel,” (Outer Critic’s Circle Award and Theater World Award). In 2008 Melissa also created the role of Ma in the Guthrie Theater’s presentation of Little House on the Prairie:The Musical, and toured north America the following year. In 2014 Melissa played M’Lynn in a production of Steel Magnolias at the Totem Pole Playhouse. Melissa’s off Broadway credits include If Only:A Love Story at the Cherry Lane, The Dead 1904 with the Irish Repertory Company and My Brilliant Divorce at the New Ohio Theater. Most recently Melissa starred in the premiere of the critically acclaimed play When Harry Met Rehab at the Greenhouse theater center in Chicago.

As an author Melissa has penned three best-selling books; Prairie Tale: A Memoir (New York Times Best Seller) Daisy and Josephine, a children’s book and My Prairie Cookbook. Her fourth book, Back To the Prairie: A Home Remade, A Life Rediscovered, written for Simon and Schuster’s Gallery Books, was released in May of 2022.

In 1996, Melissa made her television directing debut with the ABC after school special “Me and My Hormones.”

Melissa was president of Screen Actors Guild for two terms 2001-2004. She served on the executive council of the AFL-CIO, The California Film Commission and in 2016 was the democratic nominee for Michigan’s 8th congressional district.

In 2015 Melissa and her husband Timothy Busfield co-starred, co-wrote and co-produced the multi-award winning short film “One Smart Fellow.”

Gilbert was honored with the Hollywood Chamber of Commerce’s Lifetime Achievement Award and when she was twenty-one, received a star on the Hollywood Walk of Fame. Melissa is very proud to tell people that her star is just a short walk from her father’s. She is the proud mother/stepmother of six sons and one stepdaughter. She is also grandmother/step-grandmother to her absolutely perfect, brilliant grandchildren, Lulabelle, Ruby, Eli, Vito, Aury, Bowen and Ripley .