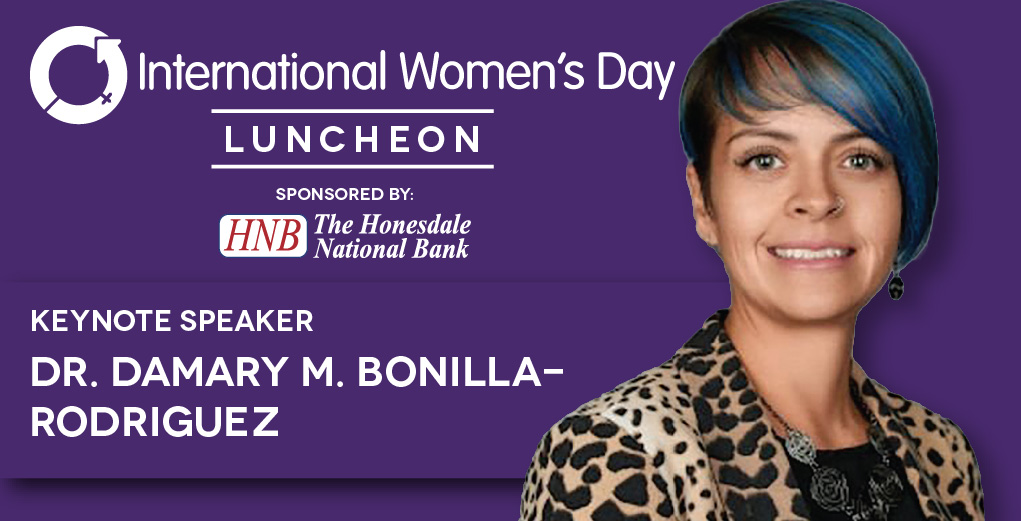 Dr. Damary M. Bonilla-Rodriguez is a national leading authority on leadership development, especially as it pertains to diversity and inclusion.  She delivers keynote addresses and presentations drawing upon her experience from roles in the non-profit, private, and government sectors, as well as her doctoral research.  Her research about Latina leadership in the United States has served as the foundation for events, conference sessions, publications, and content development – to address the urgency of leadership development for a fast-growing population and create a pipeline of diverse leaders.

Dr. Bonilla-Rodriguez holds a Bachelor of Arts degree in Spanish and Social Work from the College of New Rochelle where she received the College President’s Medal, graduated with Departmental Honors, and was awarded the Sigma Delta Pi Spanish Award.  She also holds a Master of Science degree in Organizational Communications and a Specialized Certification in Corporate Communications, both from the College of New Rochelle.  Personal endeavors of overcoming statistics and accessing higher education, led her to earn a Doctorate in Education focusing on Executive Leadership from St. John Fisher College.

To change the political and leadership landscape for Latinos, Dr. Bonilla-Rodriguez ran for State Representative in the 189th District of Pennsylvania in the 2016 election cycle where she became the 1st Hispanic to make a State ballot in Pike and Monroe Counties. In November 2019, she became the 1st Hispanic elected as School Board Director in the East Stroudsburg Area School District where she Chairs the Education committee. Passionate about supporting professional organizations, she is a Board Member of the Brodhead Watershed Association, Colonial IU 20 where she serves as Vice President, Prospanica NY where she serves as Vice President of Professional Development, ACLU of Pennsylvania, Latina VIDA, Latinas on the Plaza and an Advisory Board member for several organizations including: The Board of Hispanic Caucus Chairs, Monroe County Children and Youth where she Chairs the Education committee, SciGirls, the Alliance for Positive Youth Development, and the Pennsylvania Department of Education Equity Task Force where she Chairs the Advocacy subcommittee. In addition, she was appointed by Governor Tom Wolf to represent the Poconos Region on statewide commissions on Redistricting Reform and Latino affairs where she Chairs the statewide Education committee.

Dr. Bonilla-Rodriguez was recognized as a 2014 Coors Light Lideres finalist and is the recipient of numerous awards including a proclamation from the NYS Assembly, the Proud to Be Latina Soy Poderosa award, the GACLA recognition award and the SISGI Beyond Good Ideas Excellence in Nonprofit Leadership award. Her published written accomplishments include the books Gender, Race and Ethnicity in the Workplace and Today’s Inspired Latina (Volume II), as well as contributing to the Huffington Post and being featured by several media outlets including NBC Latino, Chief Writing Wolf, and the Empowered Latinas series.

While, she is proud of her many accomplishments, she highlights her greatest as being the mother of twelve-year-old twin boys, Caleb and Joshua. She resides in Pennsylvania with her boys and husband Robert. Her favorite quote is: “If I have seen further, it is by standing on the shoulders of giants” (Newton).